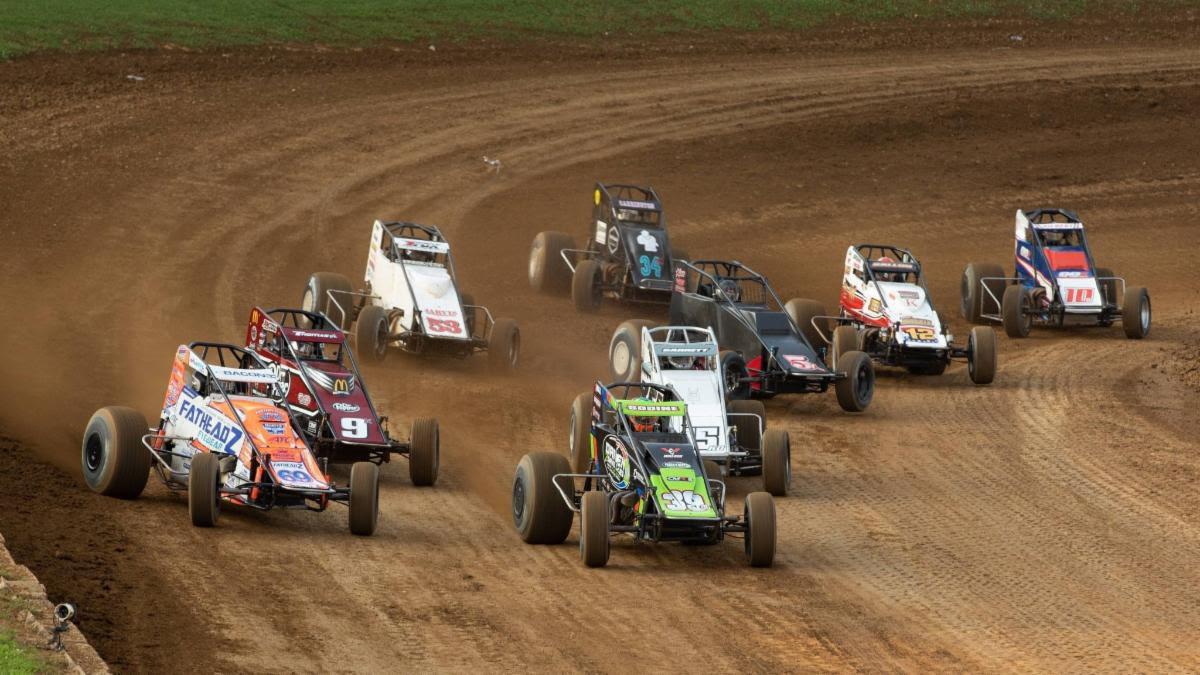 At the conclusion of the week, the driver who advances the most total positions from their starting spots in all prelim and feature events throughout the entirety of ISW will receive $500 as the ProSource Passing Master. Provisional starters each night are ineligible to receive feature points toward the passing master total.

Additionally, another $100 each night will go to the Hard Charger, which is the driver who advances the most positions from their starting spot during the feature event. The hard charger awards at Terre Haute, Lincoln Park and Bloomington will come courtesy of B & W Auto Mart of Bloomington, Indiana.

The ProSource Hard Work Award will present $100 each night to the slowest qualifier who transfers to the feature event.

Fast Qualifying time each night will be sponsored by Fatheadz Eyewear, who’ll honor the driver clocking in the fastest in time trials with a $100 bonus. Simpson Race Products, Competition Suspension Inc., Indy Metal Finishing and Indy Race Parts proudly sponsor each of the four heat races while Elliott’s Custom Trailers & Carts is the title sponsor of the semi-feature.

The GSP Driving Performance of the Night rewards a driver for an exceptional performance at each event throughout the USAC National season and will carry the same $100 prize for all seven nights of Indiana Sprint Week.

While the top-six finishers of the semi-feature will transfer to the feature event, drivers finishing 7th through 12th place in the semi will walk away with a bit more incentive in their pockets - $200 apiece. All other non-transfers will receive $150.

Additionally, each feature event throughout NOS Energy Drink Indiana Sprint Week will now pay $6,000-to-win and $600 to start for a total of $26,300 in nightly feature payouts throughout the 34th annual edition of the series which features seven events during a nine-night span between July 23-31.

KSE Racing Products supports the Hard Charger and Wilwood Brakes will reward the 13th place finisher each night. Saldana Racing Products is the sponsor of the first non-transfer and the “sweep,” if a driver can set fast time in qualifying, win their heat race, then capture the victory in the feature event all in one night.

Added to their Indiana Sprint Week support, ProSource has posted a $2,500 year-end reward to the driver who passes the most total cars during the feature events throughout USAC’s 2021 Silver Crown, National Sprint and National Midget season.

Eddie Gilstrap Motors of Salem, Indiana has provided the official pace truck for all USAC National events during the 2021 season, including Indiana Sprint Week.

Tickets will be available at the gate at each track during the entirety of Indiana Sprint Week.

Every lap of all seven USAC NOS Energy Drink Indiana Sprint Week by AMSOIL races will be aired live on FloRacing at https://bit.ly/2ZpafUr.